According to Jato Dynamics, the popular Toyota Yaris was the best-selling car in Europe in January 2021.

We all know that 2020 might not have been the best year for us and for most businesses, but that brought its own set of exceptions. And now, the results are out on just which models were more resilient and able to avoid low demands and returns in an otherwise challenging period for the automotive industry. Worth mentioning, Jato Dynamics’ study relates to the sales figures from January 2021 in Europe only. I strongly doubt the results would be similar in the US.

According to the report, the best-selling car of January 2021 is the Toyota Yaris, a favourite for ages in Europe. The model rode off a 24% decline in passenger car sales to post a 3% increase in demand compared to January 2020. The Yaris is so popular that an increased starting price of £19,910 too couldn’t stop it from topping the best-selling charts with 18,094 registrations in January 2021. 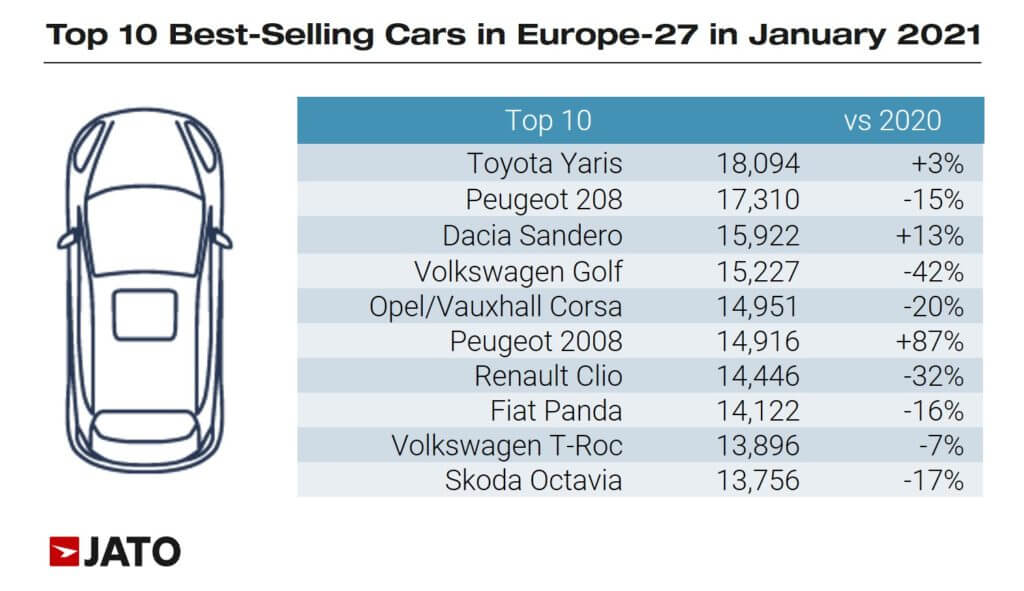 laced at second is Peugeot 208 with a total of 17,310 registrations. However, there’s a catch. The demand for this model has suffered a 15% decline, and it has still managed to hold the second position, which some might also call weird.

Dacia Sandero is in the third position with 15,922 registrations, capping off a 13% rise in demand. Placed at fourth and fifth respectively are Volkswagen Golf (15,227 registrations) and Vauxhall Corsa (14,951 registrations). Overall, this period wasn’t a very good one for Golf with a sharp 42% drop in demand while the Corsa suffered a 20% decline.

Out of these, only the Peugeot has posted a positive demand percentage at a whopping 87% as compared to January 2020. The remaining four models suffered a decline in sales compared to the same time last year. The biggest loser in those terms was Renault’s Clio, with a 32% decline in demand. Following the same trend was Fiat Panda at 16%, Volkswagen T-Roc at 7%, and Skoda Octavia at 17%.

2021 is going to be a major year for the industry with some aiming to bring back normalcy whereas some others hope to increase their year-on-year sales and profits. 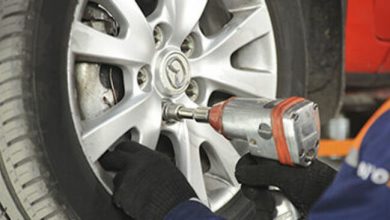 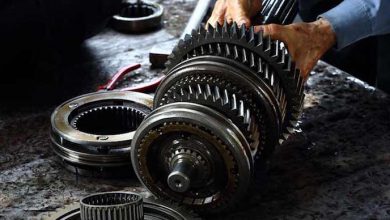 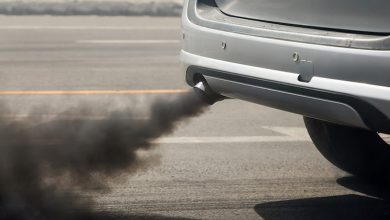 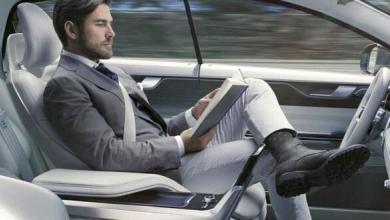 The Groundbreaking Moments of Autonomous Cars 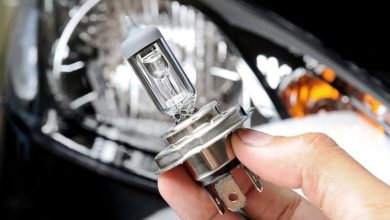 How to Maintain Your Car Headlights for Lasting Brightness 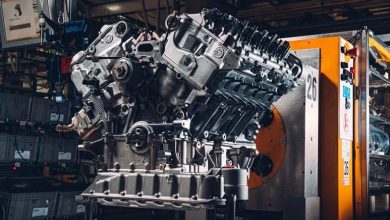